Live-blogging my Ludum Dare 29 experience. Most recent entries are on top. I’ll plan to post about once an hour (while working). You’ll have to manually refresh the page to get updates. Follow and comment on twitter @velipso. All timestamps in EST.

Did all the music and sound effects. Tweaked some things. Still have six hours to spare, but I don’t really feel like I’m missing anything. It might be nice to have more levels, but I also want to keep the game short. I think it’s a nice little package right now.

Pretty awesome Ludum Dare! Voting will commence tonight, and go for three weeks – check back at that time for a postmortem (edit: here you go!). Thanks for visiting!

Got the title screen done :-). 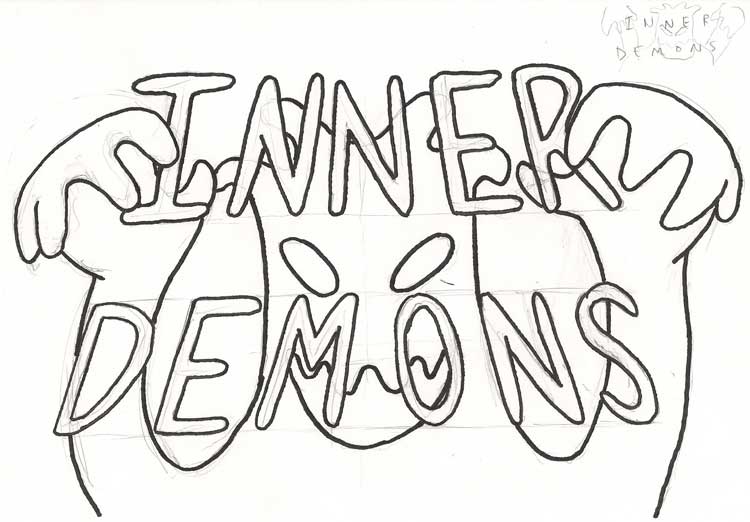 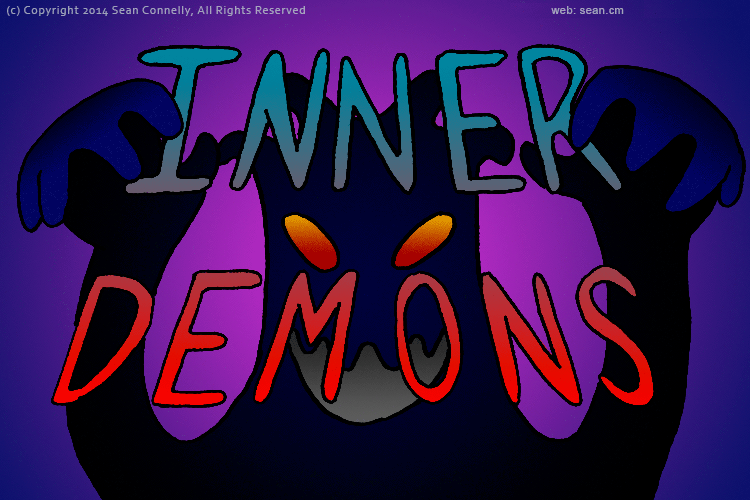 Touching up the Mace game a little bit, to make it easier. Added a difficulty. I will be working on Audio for most of the day, so there might not be many updates.

The game is technically finished and playable!

Tomorrow will be dedicated to audio and polish. It is a complete game at this point though, which relieves a lot of pressure. 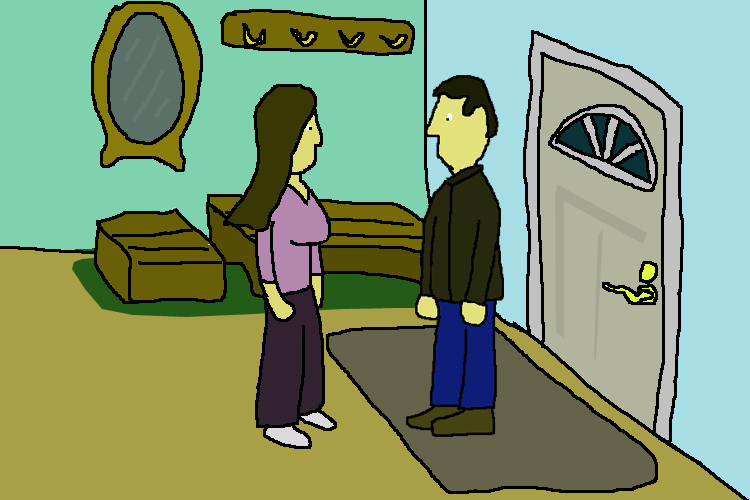 Last stretch for the graphics and scripting for act 3. 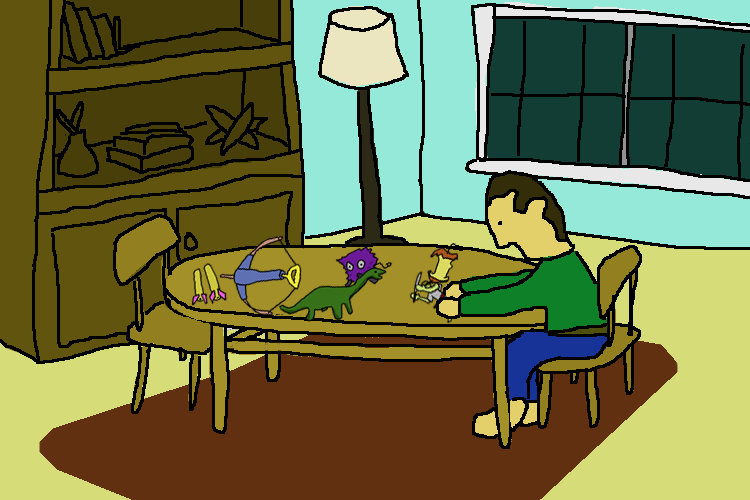 The scripting is working like a charm. The first act is done. I need to finish the second and third act tonight so I can work on Audio all of tomorrow. 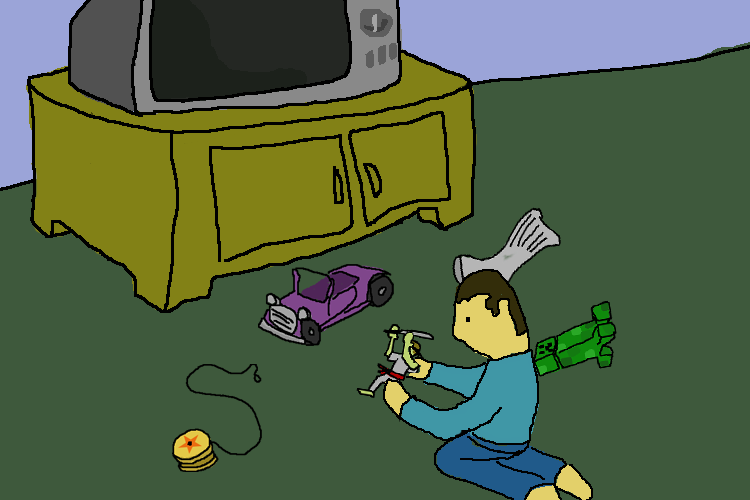 Everything is storyboarded (on paper… terribly).

Started working on the graphics for the scenes. Here’s one for you: 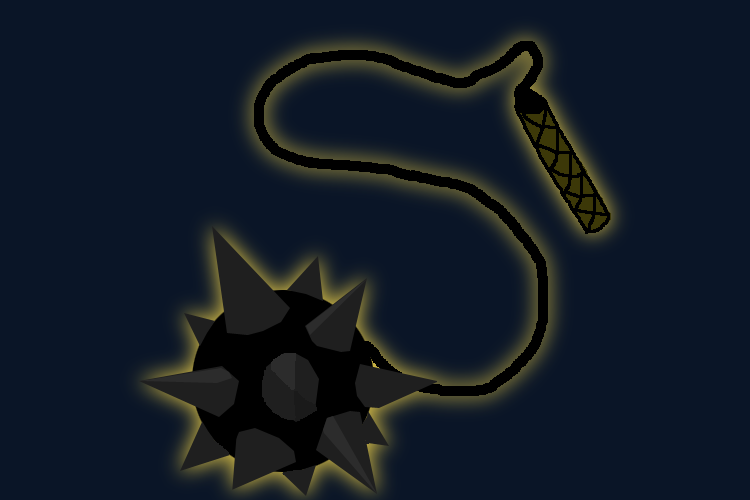 Storyboard page one scanned in for fun: 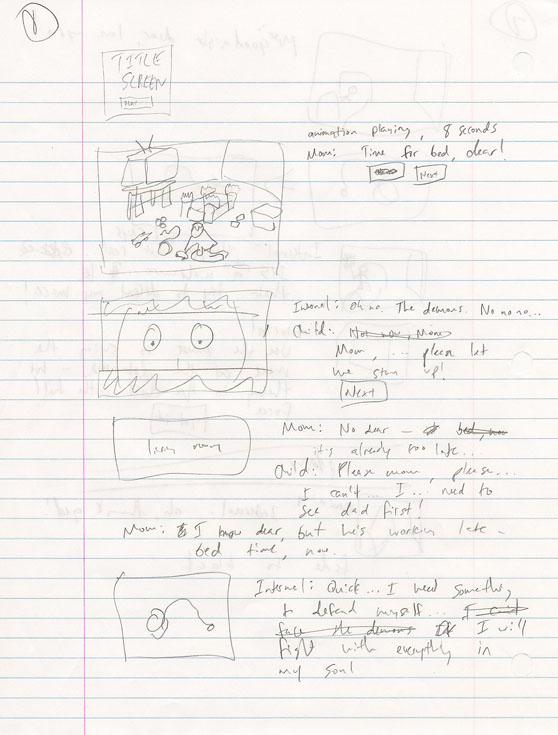 Got a (very basic) scripting engine running… which I need in order to do the animations.

I called the “language” (if you can call it that): Nest. The rest of today will be spent scripting in Nest for the story.

I wrote a simple Nest script to play the two games, with messages depending on if you win, and prompts:

Got the bow and arrow working… killing demons works too. 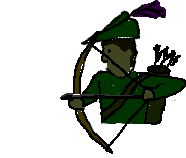 Working on getting a second level going… this time with bow and arrow: 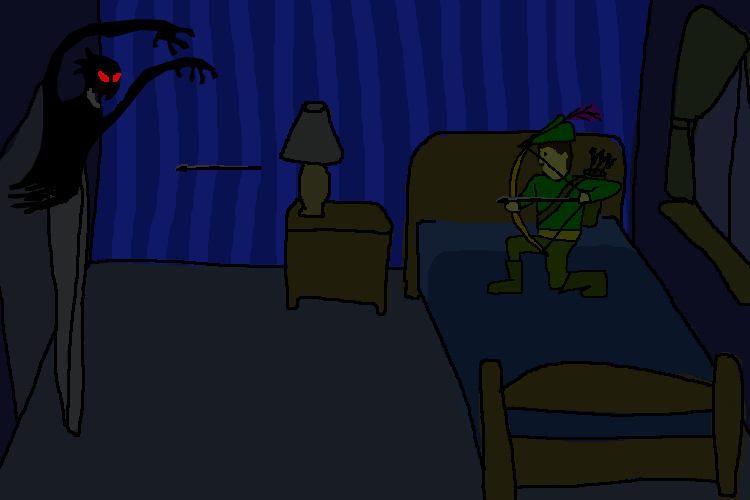 Demons chase you and kill you. Macing them kills them. 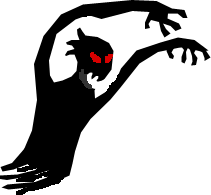 Got the first level mechanics worked out:

The idea is solid. A little weird, but whatever, gotta take a creative risk every now and then :-).

First crack at the bedroom at night: 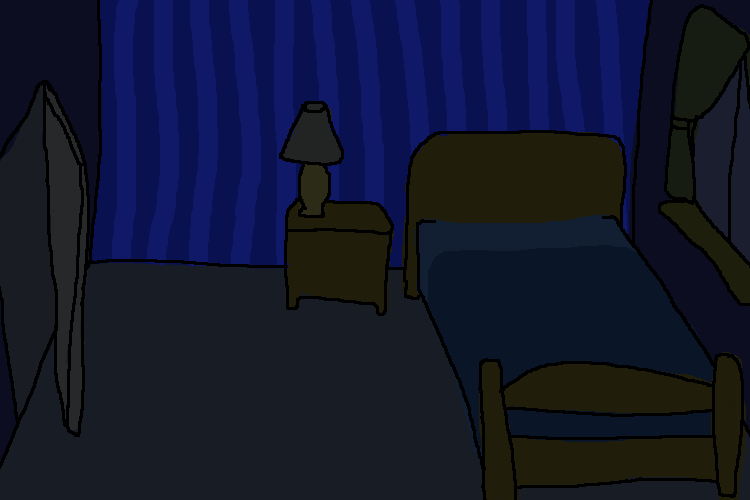 Alright. I have an idea… but it’s a little dark and crazy :-). I’m going to go for Mood and Theme on this one… not so much in the Fun or Humor category.

The game is called: Inner Demons.

It’s about a young boy who is visited by demons at night, and needs to fight them off. I don’t want to give away the ending… though it is not pleasant :-P.

During the day, the young boy chooses his weapons… then fights the demons at night. If he survives the night, he gets to choose stronger weapons for the next night.

Mood, Theme, and Audio are going to be my focus. Graphics will be secondary. Innovation, Fun, and Humor will be completely ignored. The game will end tragically. You have been warned.