Live-blogging my Ludum Dare 31 experience. Most recent entries are on top. I’ll plan to post about once an hour (while working). You’ll have to manually refresh the page to get updates. Follow and comment on twitter @velipso. All timestamps in EST.

Added sound and tweaked a bunch of things. I think we have a playable game! A little silly, but the gameplay is boring, so I had to make it exciting in other ways :-P.

Bunnies will eat the carrots. Also, added a title screen: 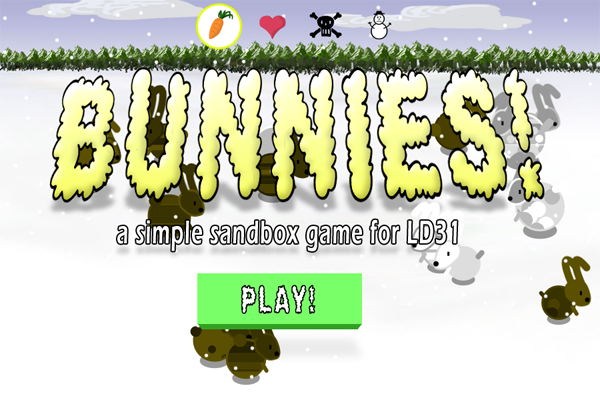 The game is done – just have to add music and sound effects!

You can throw carrots on the ground… that do nothing.

Added the deadly snowman… mainly because I’m bored, and it was making me laugh :-). 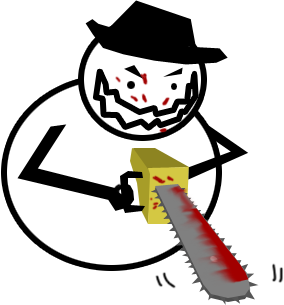 Also… don’t leave the window open in the backround. The bunnies reporduce like rabbits, and it’ll grind your system to a halt :-). At least now there’s a quick way to purge them!

Now you can kill and mate the bunnies, at will – your chance to play God!

With very aggressive breeding, you can force the (normally rare) pink bunnies to florish: 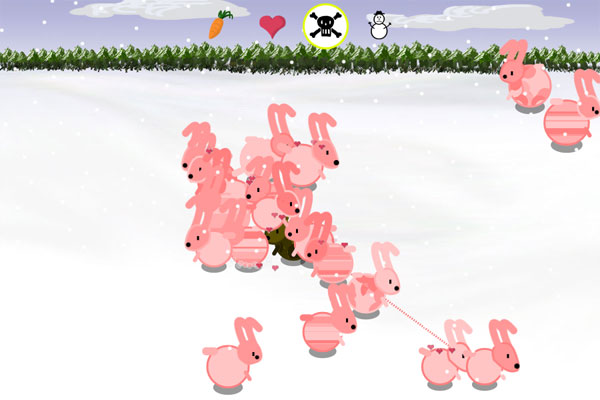 Bunnies will track your cursor, and have some basic AI. Start of the user interface, too. 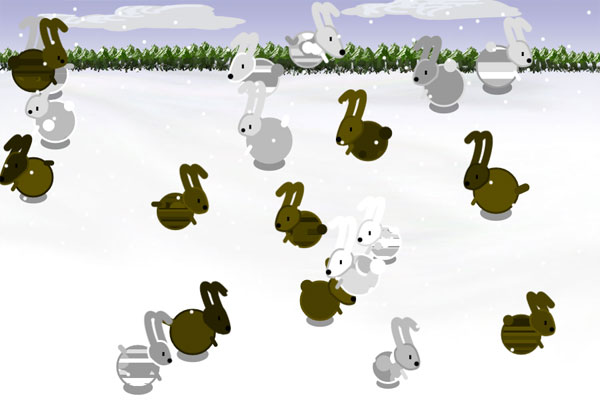 Nothing to report… just showing off the breeding system. In this demo, bunnies will die off if they have a low “evasion” score (encoded in their genes). The surviving bunnies breed (aka, provide DNA for the next generation of bunnies).

You’ll notice that over time, all the bunny’s ears get really long. This is because ear length is associated with evasion.

Got a randomly generated bunny, based on its genetic sequence (except for its jumping legs). Refresh the page to see a new bunny. 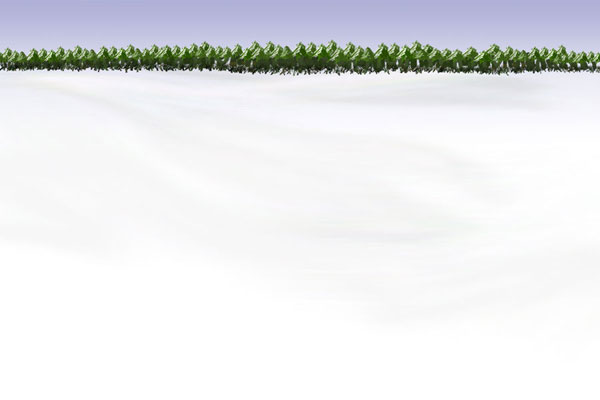 Got an animating backround, and am starting to work on the gene/breeding logic.

Awake… and realizing I don’t like the theme. I hate to be someone who complains, but “Entire Game on One Screen” sucks – it’s like saying the theme is “Write a story on a single page”. That’s not a theme.

I’m also not happy with my initial prototype, below.

So: I am taking the top three themes, instead:

I feel this will be much more interesting. “Entire Game on One Screen” will simply be a constraint for the other themes.

Not sure I really like this idea, but I’m going to go with it.

A single screen, with nine chambers, where each chamber can shrink or grow. For the demo, use the arrow keys to see this in action.

Entire Game on One Screen.

Alright… that was completely random. Now to meditate on this for a bit…